Changes to the playspace are always made on the weekends so on Mondays we play ‘What’s the Difference’.  Yesterday the first children here immediately noticed the appliance upgrade; 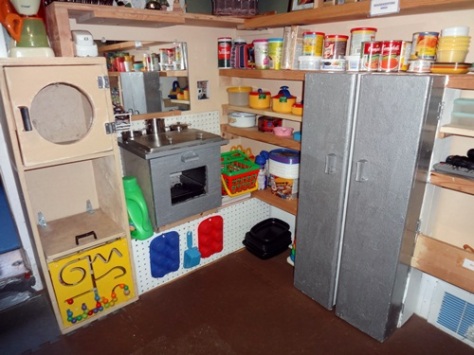 Yes, last month when my husband and I renovated the playspace, I said it would like to paint the appliances to simulate stainless steel.  I didn’t paint the washer/dryer like I originally planned — there was some discussion about possibly re-designing this appliance due to some minor damage and functionality issues.  I didn’t want to paint it if we were going to eventually replace it so until that decision is made I will not paint it.

The children’s comments regarding the fridge and stove were “What happened?” “Cool!” “Neato!” and “Ooo, it’s so soft”.  We briefly discussed the difference between ‘smooth’ and ‘soft’.  Then one of the children excitedly exclaimed “Look! she painted this too”. 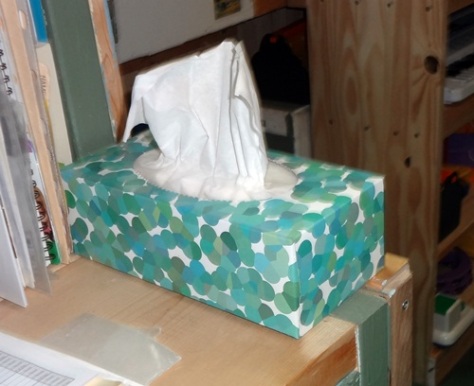 Very observant – the tissue box is a different colour than it was on Friday but I didn’t paint it.  I just brought out a new box because the old one was empty.

There was another difference but this one took them a little longer to notice.  As usual, I waited.  I don’t ever point out the changes – letting them notice on their own is part of the game.  As promised – under the sink in the housekeeping area my husband added a drain and water line; 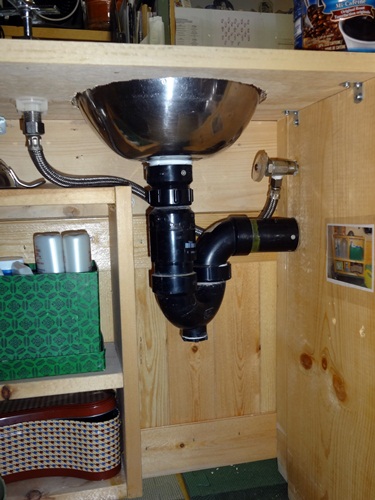 Later in the day the children eventually noticed this new addition.  Each and every one of them squealed with excitement and then immediately did this; 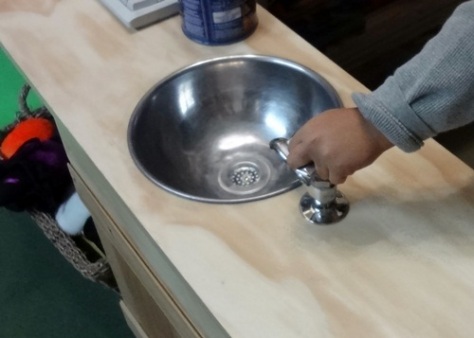 There was a little dissappointment when they realized that the water line was not actually attached to a water source but they still like the new addition.  Now, before getting their tools to repair the sink, they make sure the tap  under the counter is turned off — they must watch the DIY channel too 🙂