It started as a competition.  The school-age children were making pyramids with blocks.  The five of them were each building their own structure and they began bickering and complaining that there were not going to be enough blocks.

The arguing began to escalate and then one of the children suggested that they should combine all the blocks and work  together.  A few minutes later they announced that they had made a ‘tree’; 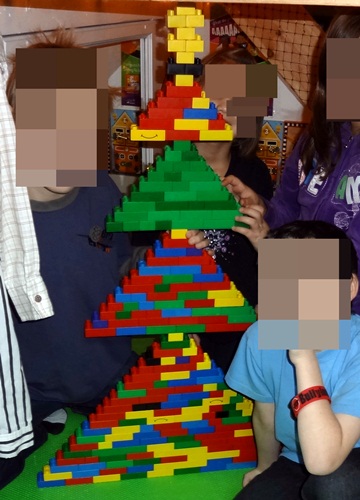 Later in the day, during quiet time there was another tree;

I was informed that this one was from ‘The Lorax’.  A detailed description and re-enactment of the story followed.

All this tree talk reminded me of the funky yellow thing we found at the park this past summer – I assumed it was some typed of fungi. It was growning on a tree and the children were fascinated;

Yesterday at circle time we looked at the trees in the nature guide, discussed their simalarities and differences and picked our favourites;

Then I read ‘Signs Along the River‘ by Kayo Robertson.  The children were getting restless so we went outside to run around and of course look at trees;

Later we looked through the items in our nature treasure box; 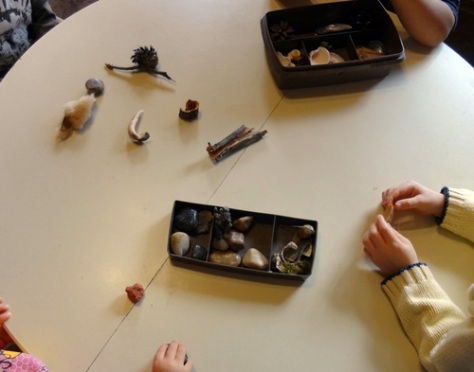 And sorted the items into two groups – ‘Parts of trees’ and ‘Not from trees’.

Trees (and children) are amazing.